Ending the HIV Epidemic: A Plan for America was announced by the federal administration in February 2019 with implementation beginning in 2020. Its goal is to significantly reduce new HIV transmissions and acquisitions to help bring an end to the HIV epidemic. To reach this goal, Los Angeles County will need a significant scale up and expanded reach of proven and new interventions to work towards ending the HIV epidemic, once and for all.

Prior to the launch of Ending the HIV Epidemic: A Plan for America (EHE), Los Angeles County developed and released its own jurisdictional plan in November 2017, the Los Angeles County HIV/AIDS Strategy for 2020 and Beyond (LACHAS), which offered a framework of policies, recommended strategies, and numerical targets that collectively we sought to achieve.

In February 2019, fifteen months after the release of LACHAS, the federal administration announced its plan to launch EHE, providing LAC with the opportunity to adapt and expand the goals and activities described in LACHAS and requiring LAC to align its current efforts with the national EHE initiative.

Through collaboration with key stakeholders and community partners, the Los Angeles County Department of Public Health (LAC DPH), Division of HIV and STD Programs (DHSP), plans to guide, implement and evaluate activities that enhance the current Los Angeles County HIV portfolio; align our efforts with the four pillars of EHE, and further advance efforts to both prevent new HIV infections and improve HIV-related health outcomes among persons living with HIV.

The Ending the HIV Epidemic Plan for Los Angeles County is a living document and includes proposed strategies and activities to be implemented within the first year (2021) and further expanded over the course of the next five years. The Plan is subject to change based on data, program evaluation and outcomes, and the needs of the communities most impacted by HIV.

In September 2020, the Los Angeles County Department of Public Health formed an Ending the HIV Epidemic (EHE) Steering Committee as a strategy to identify new partners that could support the local implementation of new EHE strategies as well as serve as catalyst for collective action to end the HIV epidemic.

Learn more about the HIV/AIDS epidemic in your community 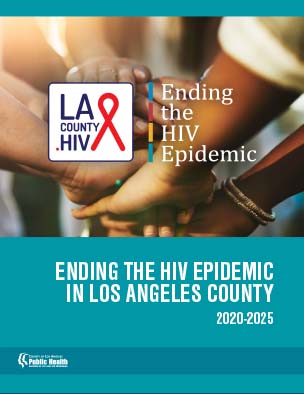 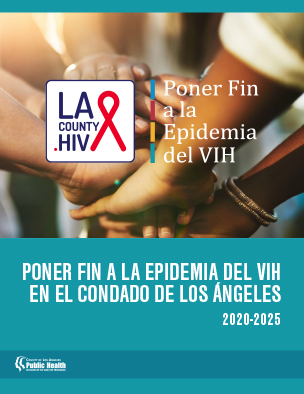 
CONNECT WITH US!